As many Texans are aware, hydraulic fracturing (“fracing”) uses a lot of water. In fact, one of the important ways in which Texas oil and gas lawyers assist their clients is to make sure that the oil and gas leases they sign contain appropriate protections for the client’s freshwater sources.

ConocoPhillips recently announced the availability of its “Water Visualization Tool” to use in discussing their water use with landowners in the Eagle Ford Shale. This is a 3D modeling tool that contains a model of the subsurface based on data from state and federal public databases, such as the US Geological Survey. With this tool, the oil company can demonstrate to a landowner the location and depth of the reservoir from which it is obtaining water and the spacing between horizontal wells and water sources. 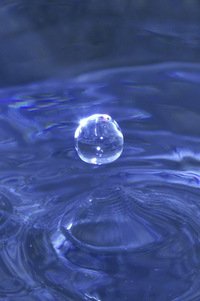 The Water Visualization Tool sounds like it will assist in clear communication between oil companies and landowners. However, the more important issue is the need to continue to push to find non-freshwater sources for water used in fracing. For example, ConocoPhillips itself used municipal wastewater from Karnes City, Texas in the fracing of its wells in Karnes County. Other companies have used brackish water or are recycling water to use in fracking.

As Texas’ population grows, the competition for water sources intensifies. On an individual level, a landowner’s water well may be used not only for domestic potable water supply, but also for crops and cattle. The water source may therefore be essential to the landowner’s livelihood and even survival. If oil companies are going to be good neighbors, they need to make substantial investments in finding alternate sources for fracing water.

In addition, if you are asked to sign an oil and gas lease, it is essential that you seek the help of an experienced oil and gas attorney to help you protect your water sources, whether groundwater or surface water. Too many landowners have signed leases only to find the water they depended on for their crops and their cattle dried up after the wells were drilled. Don’t let this happen to you.