I negotiate many power line easements on behalf of property owners each year. Generally, the utility company wants to pay for only the easement itself and refuses to acknowledge that the presence of the power line could have an effect on the overall value of the property. In part, that is because there is very little data out there on the effect of power lines on property values.

A recent study in the Journal of Real Estate Research makes some inroads on that lack of data. The study was conducted by David Wyman and Chris Mothorpe of the College of Charleston in Charleston, South Carolina. They used a sample of 5455 vacant lots in Pickens County, South Carolina that were sold between 2000 and 2016 and determined that properties adjacent to high voltage power lines experienced discounts of 44.9% of their value because of the power line. They also determined that there was a discount of 17.9% for vacant properties that were up 1,000 feet away from the power line. 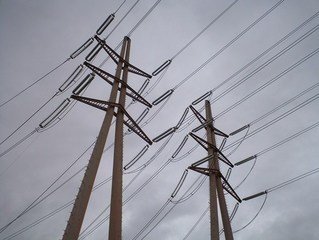 The study used only vacant lots so as to eliminate the effect on value due to varying types of improvements on the land. Professors Mothorpe and Wyman suggest that there are three factors that may influence the amount of the discount. One is the perception of health impacts associated with proximity to high-voltage lines. The unattractive view of a high voltage line on or near property is another factor. Finally, as anyone who has lived near a high-voltage line can attest, the lines produce a humming sound that can be extremely irritating.

END_OF_DOCUMENT_TOKEN_TO_BE_REPLACED

As lawyers in Texas are well aware, there is a lot of construction of high voltage transmission lines (“HVTLs”) going on in Texas as well as in other parts of the United States. Research by electricity providers shows that they may lack capacity for the future demand, and so the race is on. Most landowners, when approached by the transmission line company, really wish they would just go away. They don’t want one of those lines across their property. However, they won’t go away. In addition, if you cannot come to an agreement with the company, they have the right of eminent domain, which is the right to condemn the portion of your property that they need for the easement or right of way. It is truly in the land owner’s best interest to negotiate the best agreement possible under the circumstances. Here are some of the questions that should be addressed in the agreement:1. Is the easement limited to a specific area, or is it a blanket easement over your entire property?

2. Is the company obligated to reseed with whatever grass was there originally and in general to restore the easement area to its original condition?

3. If your land is used for agricultural purposes, can construction, installation and maintenance be performed when the ground is cold or frozen to reduce soil compaction?