Areas of Texas and the western states where much of the U.S. oil and gas potential is located have been hit by drought in recent years, causing worries about water supplies and the use of water in hydraulic fracturing. Fracing takes a lot of water! But Apache Corporation has created a system to frac in the Wolfcamp shale in west Texas without using fresh water. This is an important shale area: just a few months ago Scott Sheffield, the CEO of Pioneer Natural Resources Co., said: “The Wolfcamp could possibly become the largest oil and gas discovery in the world.”

This new approach couldn’t come at a better time, since Texas has been in a drought since 2010 and in November 2013 Texas voters approved Proposition 6, which allocates $2 billion from the Economic Stabilization Fund to the new Texas Water Implementation Fund.

Apache is working with a closed loop system that only uses brackish and recycled water in the Barnhart project area in Irion County. This water is taken from the Santa Rosa Formation in the Dockum Aquifer and treated to remove substances that could damage pipelines and pumping equipment. The treated water is then stored in retention ponds and then can be pumped directly into drilling sites in the area. There is a significant amount of water that returns to the surface after fracing. The U.S. Environmental Protection Agency estimates between 10% to 70% of the injected water, depending on the geologic formation, is returned to the surface. Reusing water that is produced and recovered from fracing conserves fresh water for drinking and agricultural use, and it also saves Apache money since they don’t have to haul water in and out. That in turn reduces wear on local roads, and eliminates the need for a used water disposal facility. Greg Hicks, Apache’s production engineer manager, said: “It’s a win-win situation for the environment and us.” 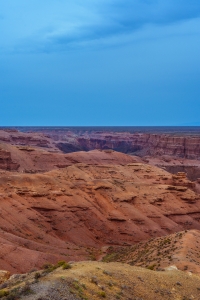 The Wolfcamp shale is a big area for Apache, which holds 345,000 acres in the area and figures this holds about 347 million barrels of hydrocarbons from 971 identified drilling locations. Apache is not only applying this water-saving technique in the Wolfcamp but also at vertical wells drilled in its Garden City project near Midland and its Andrews project near Odessa.

The first company to get a permit for such a fracing water recycling system was Fountain Quail Water Management, and Apache is now one of their customers. Fountain Quail has two types of semi-mobile water treatment units that can process the recycled water and brine on site. Their Chief Operating Office Brent Halldorson said the Texas Railroad Commission has recently removed some barriers to water recycling by eliminating the need for permits from the Commission and also by reforming some rules to make them more compatible to this technique. A new law was passed in May 2013 that allows producers to take water they recycle and sell it to another company. Before that law, companies were not willing to sell recycled water because of potential liability, but now the liability transfers to the company that buys the water. Mr. Halldorson said he is excited and feels like the oil and gas water recycling industry has finally “broken into the mainstream”.

It is critical for an oil and gas lease or surface use agreement to address (and usually prohibit) the use of your ground water and underground water by an oil company. These new techniques give oil companies a workable alternative to using the landowner’s water supply.