There is new reason to be energized (excuse the pun!) about Texas’ oil and gas industry in 2013. The last several years have been exciting in this field, and Texas has benefited from its substantial natural resources. Now recent reports indicate that oil and gas companies will spend $28 billion in the Eagle Ford shale play alone in the coming year. That money will infuse the Texas economy, create many new jobs and send billions of dollars in tax revenues to local and state government.

The Eagle Ford is the second largest tight oil play in the United States. It is fifth in the country for shale gas production and is projected to account for 15% of US onshore oil production. North Dakota’s Bakken field is still the largest unconventional oil producer. Wood Mackenzie, an energy industry research and consulting firm commonly called “WoodMac”, studied and analyzed the trends to calculate these numbers for the Eagle Ford. Callan McMahon, an upstream analyst, asserted that the Eagle Ford continues to exceed analyst expectations. 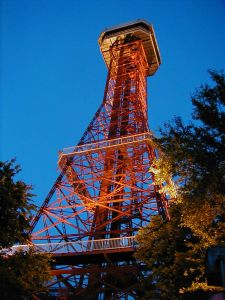 The Eagle Ford has already shown impressive growth, going from 100,000 barrels per day of liquids such as natural gas in early 2011, to 700,000 barrels per day by December 2012. This dramatic increase is, according to WoodMac, due to technology and expertise. A lot of the money spent in the Eagle Ford this year will come from three major operators: EOG Resources, BHP Billiton, and ConocoPhilips. All three were early to focus on Eagle Ford’s liquids-rich areas, and have been rewarded. The Eagle Ford represents 38% of EOG’s upstream value, and 20% of BHP Billiton’s upstream value. According to WoodMac, in resource plays the key is core acreage. This certainly seems to hold true in the Eagle Ford. Most operators are realizing the quality of their acreage just recently. The leading companies, like the three above, not only hold core acreage positions but also own large numbers of acres in the key areas. Smaller companies are also getting in on the action by using joint venture and cost carry agreements to maximize their value per acre.

Mr. McMahon stated that the growth will concentrate on areas with crude oil and condensate exposure. He said, “The pace of growth in the Eagle Ford shale shows no sign of slowing down, and our analysis indicates that Gonzalez, DeWitt, and Karnes counties have established themselves as the sweet spots of the play, and now account for over 50% of daily liquids production.” He expects 74% of the new oil rigs to be in these areas.

It looks like the Eagle Ford will continue to be a bright spot leading economic growth in Texas for the foreseeable future. Mr. McMahon noted, “This is apparent in the massive amount of capital being deployed in the play; (in) 2013 the area will represent 27% of the total capital expenditure onshore in the lower 48 states.”

Texas Eagle Ford Shale Play is Best Oil and Gas Play in the US!