When the news discusses Texas‘ big oil and gas shale plays, they usually mean the Eagle Ford and the Barnett shale. The University of Texas at San Antonio produced a study recently, the “Economic Impact of Oil and Gas Activities in the West Texas Energy Consortium Study Region”, that highlights the opportunities in the Cline shale. 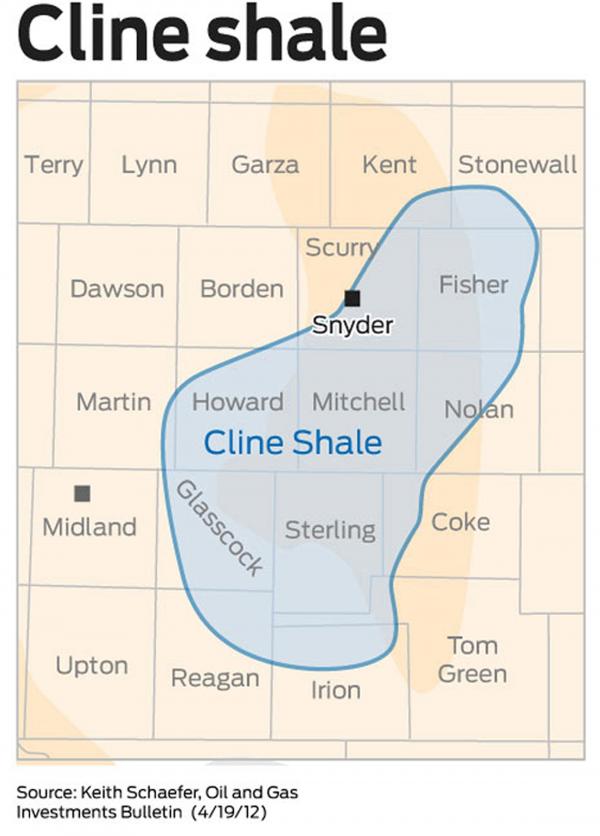 The study was done by the Center for Community and Business Research, part of the Institute for Economic Development at UTSA. The study notes that in 2012 $14.5 billion was added to the west Texas economy by oil and gas development and 21,450 full time jobs were created from the oil and gas industry in west Texas. These employees received $1 billion was paid in salaries and benefits in 2012 alone. The study estimated that about 854 vertical wells and 57 horizontal wells were completed in 2012 in this region. The goal of the study was to create a 2012 baseline of industry activity in the region and create forecasts through 2022. “This baseline study is intended to help communities in West Texas plan and prepare for the prospect for increased oil and gas production in the area down the line. For many counties, activity is clearly in the early stages,” said Thomas Tunstall, the research director for this study.

The oil and gas industry is taking notice of this data. For example, Taylor Consulting, Inc . is acquiring land near the Cline shale based on expectations that this may be the biggest oil and gas boom in U.S. history. And Taylor is not alone–substantial increases in new business and residents is expected. Taylor is building temporary housing, infrastructure and entertainment amenities.

Mineral owners in the Texas counties within the Cline shale have been and will be getting lease offers. Please don’t sign anything without getting a review by an oil and gas attorney.

Oil and Gas Benefits and Challenges for Texas