How the Texas courts construe and interpret unambiguous deeds follows a specific set of rules. In construing an unambiguous deed, the court’s main focus is to ascertain the parties’ true intent regarding the conveyance of real property by the deed. The court reviews the entirety of the deed, which is sometimes referred to as analyzing “the four corners” of the deed, meaning that the court will look to what is written in the deed, and not to outside sources. There are well established rules concerning the interpretation and construction of a real property deed. 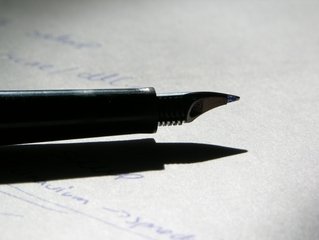 For an unambiguous deed, the court will determine the grantor’s intent from the specific language that is used in the deed, and will not make presumptions that are not overtly made clear by the language of the deed. When there is even the slightest doubt about the intent of the grantor, the terms of a deed are often construed in favor of the grantee. This is consistent with Texas contract law, which strongly favors the presumption that contracts, such as deeds, say exactly what they mean.

Does A Grantor’s Failure to Designate Capacity Fatally Flaw A Conveyance?

A case that was decided by the San Antonio Court of Appeals honed in on the issue of whether a grantor’s failure to designate her capacity in a deed fatally flawed the conveyance. The Court held that use of the word “all” in the deed was intended to convey the entire interest in the property to the grantee, and there was a lack of precedential support to presume that the grantor’s failure to indicate whether she was acting in her individual capacity or in her trustee capacity created a fatal flaw in the conveyance.

In this case, W. 17th Res., LLC v. Pawelek, the two children (Thomas and Pamela) of Irene Mika sued the Pawelek family for trespass to try title on the grounds that their mother, Irene, never intended to convey a 1/10th mineral interest in certain property that was held in a trust, of which Irene was the trustee. According to the trust documents, the 1/10th interest in the property was to vest in Thomas and Pamela upon Irene’s death, but Irene had the right to sell the trust property if she found it necessary to provide herself with support.  Irene also held an additional 1/6th interest in the property individually, and not in the trust.

In 1994, the Mika family joined together to convey their property interests to the Pawelek family.  The deed was written to convey “all” of the land described in the deed, and when Irene signed the deed, she did not specify whether she was acting in her individual capacity or her trustee capacity.

Thomas and Pamela argued that their mother did not specify her capacity, and thus did not convey the 1/10th interest in the property that was held in the trust. But the children did not provide the Court with any legal precedent in support of their interpretation, and the Court was unwilling to presume that was acting only in her individual capacity. As a result, all the minerals were conveyed to the Paweleks. The Court also concluded that the Paweleks would have prevailed regardless of the capacity argument, because they had an adverse possession claim to the property.

This case illustrates, once again, that in legal documents, words and details matter. If you are involved in any type of conveyance, you might save yourself a lot of heartache and expense by having an attorney review the operative documents!