The Deep Carbon Observatory at the Carnegie Institution for Science is using “Big Data” to locate deposits of minerals, using techniques similar to those used by Amazon to recommend books based on a buyer’s previous book orders, or by Netflix to recommend new movies to a subscriber based on past movie choices. In a paper published in the American Mineralogist, scientists at the Observatory report the first application to mineralogy of network theory. Network theory has also been used to analyze the spread of disease, the scope of terrorist networks or even Facebook connections. The study reported in the paper was led by Shaunna Morrison of the Deep Carbon Observatory and Robert Hazen, Executive Director of the Observatory. 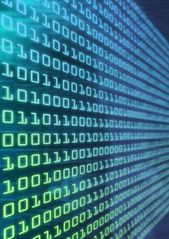 These scientists are using network theory to analyze data on the vast amount of information on Earth’s more than 5,200 known mineral species together with with data on the surrounding geography, the geological setting, and coexisting minerals, and from this producing patterns of occurrence and distribution of minerals  that might otherwise be hidden. Dr. Morrison stated that “(t)he quest for new mineral deposits is incessant, but until recently mineral discovery has been more a matter of luck than scientific prediction.  All that may change thanks to big data.” According to Dr. Hazen “(n)etwork analysis can provide visual clues to mineralogists regarding where to go and what to look for. This is a brand new idea in the paper and I think it will open up an entirely new direction in mineralogy.”

In terms of oil and gas exploration, petroleum geologists can use this new tool to discover new oil and gas reservoirs. One benefit will be that data analysis will be a lot less expensive than drilling test wells. In addition, fewer dry holes and test wells will be a good thing in terms of environmental impact.