There is more evidence from yet another study, the “Hydraulic Fracturing Study“, published in October 2012, that concludes that hydraulic fracturing, or fracing, is safe and does not pollute either air or water or cause earthquakes. This study was prepared for Plains Exploration & Production Co., an independent oil and gas company, and the Los Angeles County Department of Regional Planning, and was conducted by Cardno Entrix, an international environmental and natural resource management consulting firm. The study examined two test wells at the Inglewood Oil Field in Los Angeles County, California, and determined that there were no detectible indications that fracing might induce earthquakes or have a negative impact on air or water quality.

The Inglewood Oil Field is one of the largest urban oil fields in the United States and is adjacent to Baldwin Hills, View Park, Windsor Hills, Blair Hills, Ladera Heights, and Culver City, California. The oil field was discovered near Culver City by Standard Oil in 1924. Plains Exploration has been operating there since December 2002, and conventional fracing has been used in the field by prior operators. The field contains 1,200 acres and a total of 1,475 wells have been drilled. 469 wells are in active production and 168 waterflood injection wells are active at this time. 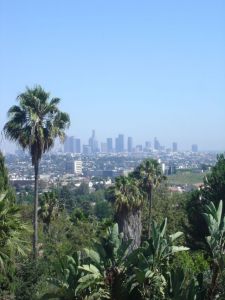 The Cardno study was part of a settlement in 2011 of a lawsuit filed in 2008 against Los Angeles County and Plains Exploration over land use. Schlumberger Ltd. and Pinnacle, a company owned by Halliburton, did the micro-seismic monitoring and fracture mapping. Plains Exploration also did a high-rate gravel pack job at two different wells earlier this year to help collect information for this study. The study concluded, in part, that: “(t)ests conducted before, during, and after the use of hydraulic fracturing and high-rate gravel packing showed no effects on the integrity of the steel and cement casings that enclose oil wells. There is also an ongoing program of well integrity tests at Inglewood oil field.”

The study found that noise and vibrations associated with fracing were within the allowable limits established by the Baldwin Hills Community Standards District. The emissions were found to be within the regional air quality regulation standards of the South Coast Air Quality Management District. The Los Angeles County Department of Public Health did a community health assessment and reported that it found no statistical difference between the health of the community around the oil field as compared to the health of residents of Los Angeles County overall.

While this study and related facts deal with California, the findings are applicable to all areas where the safety of fracing is unfairly attacked. Energy producing states, including Texas, can use the growing evidence from across the United States, and in other countries around the world, to show that the hysteria over fracing is political and not grounded in scientific fact.

This study is also a reminder that local governments are in the best position to understand the particular geology and circumstances of their particular geographic areas and can best determine how to regulate fracing. The Los Angeles health report determined, “The long history of oil production in the area provides operators with an excellent understanding of the local subsurface conditions and reduces standard risks and uncertainties that would be present in new operations.”