Facts of the Case: 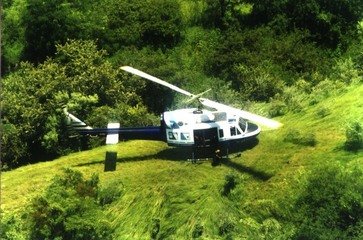 The case involved application of the accommodation doctrine to the Todos Santos Ranch in Dilley, Texas. The Todos Santos Ranch covers approximately 8,500 acres in Frio and Zavala Counties. The surface estate is owned by Robert and Cynthia Bauerle. The mineral estate is owned by ExxonMobil which executed an oil and gas lease with VirTex. Pursuant to the lease, VirTex drilled various wells and now has nine oil-producing wells on the Ranch. There are plans to expand the drilling to 45 wells.

In 2008, the Bauerles and VirTex signed a surface use agreement allowing VirTex to install tank batteries. The electrical power needed to run the pump jacks was supplied by four portable diesel generators that VirTex rents. In 2012, VirTex asked the Bauerles to sign an easement for the installation of power lines allowing VirTex to eliminate the need for the portable generators.

The Bauerles said no. The Bauerles primarily use their ranch to run a commercial hunting business that is the main source of the income for the Ranch. The ranch has a hunting lodge, cookhouse, three bunkhouses, and a man-made lake. Power for the lodge and adjacent buildings comes along the property line down a county road and one power line then goes a short distance from the property line to the hunting lodge. The Bauerles lease the ranch and its facilities to hunters on a yearly basis, and under these leases, the hunters hunt deer, turkey, and quail. Part of the hunting operation is the use of helicopters to herd and capture the deer. The helicopters are also used for maintaining brush operations and predator control. As the court explained: “Equipped with a tank and sprayers for brush control, helicopters fly over certain areas of the ranch and spray in order to enable taller brush to grow in a more favorable way for the deer. Hunters also use helicopters to hunt predators, such as coyotes, on the ranch.”

Jury Verdict and Judgment for the Surface Estate

The case was submitted to a jury which rendered a verdict in favor of the Bauerles on all counts. The Court of Appeals affirmed the trial court judgment.

It is difficult for the owner of a surface estate to win an accommodation doctrine case. The Texas Supreme Court has stated that, if there is only one method by which the oil, gas, or minerals can be extracted, then the owner of the mineral estate has an absolute right to use that method regardless of whether that method precludes or substantially impairs the surface estate owner’s existing use of the surface. Merriman v. XTO Energy, Inc., 407 S.W.3d 244 (Tex. 2013).

Assuming that there is more than one method of extraction, to prevail under the accommodation doctrine, the owner of a surface estate must prove three elements:

Applying these principles to the VirTex case, the Court of Appeals held that sufficient evidence had been presented to the jury for the jury to find that the overhead power lines would substantially impair use of the surface estate by the Bauerles. The proposed installation of the overhead line would have made flying helicopters “very dangerous.”

With respect to the second element, the Bauerles argued successfully to the jury that 8,500 acres is a large ranch, that use of the helicopters was central to the commercial appeal of the ranch’s main business because hunters could cover the large distances quickly and could quickly find the deer and that alternatives like off-road vehicles would not provide the same benefits. The Court of Appeals held that the evidence established that the inconvenience and expense of VirTex’s proposed alternative methods was so great that it rendered those methods unreasonable. Furthermore, the evidence showed that the proposed alternative methods of managing the property would render the property less appealing to hunters and would decrease the likelihood of the ranch being leased by hunters.

With respect to the third element, the Bauerles argued that VirTex had several alternatives to installing overhead power lines

While there was much dispute between the parties, in the end, the Court of Appeals held that there was legally sufficient evidence to support the jury’s finding that reasonable and industry-accepted alternatives existed by which VirTex could power the pump jacks.