The Texas Supreme Court recently granted a petition for review in the case of Denbury Green Pipeline-Texas LLC v. Texas Rice Land Partners. The review will focus on how the courts are to apply a test created by the Texas Supreme Court concerning when an entity may identify itself as a common carrier. Common carrier status is critical because it allows a pipeline company to use eminent domain power (i.e., condemnation) to acquire pipeline easements.

When Is A Pipeline a Common Carrier Line?

Texas Rice Land Partners owned a rice farm and cattle ranch in Jefferson County on the Texas Gulf coast and refused to let Denbury Green Pipeline-Texas LLC (“Denbury”) survey the property for a carbon dioxide pipeline in 2008. Relying on Texas law at the time, Denbury began eminent  domain proceedings so they could conduct the survey. Denbury had indicated that it was a “common carrier” on the Texas Railroad Commission’s T-4 form for pipeline permits. The Texas Railroad Commission does not examine or evaluate this designation, but takes it at face value. In fact, the filing of a T-4 with the Railroad Commission is not really a permitting process at all, but simply a registration of the pipeline for information purposes. The trial court held that Denbury was a common carrier and enjoined Texas Rice Land Partners from interfering with Denbury’s surveying activities on the land. The Texas Ninth District Court of Appeals opinion affirmed the decision of the trial court based on the probability that the pipeline would serve third parties at some point after construction by transporting gas for customers who will either retain ownership of their gas, or sell it to unaffiliated parties. The Texas Supreme Court issued an opinion in 2012 announced the “Texas Rice test”: “for a person intending to build a CO2 pipeline to qualify as a common carrier under the Texas Natural Resources Code, a reasonable probability (which the Court indicated in a footnote means more likely than not) must exist that the pipeline will at some point after construction serve the public by transporting gas for one or more customers who will either retain ownership of their gas or sell it to third parties other than the pipeline company”. The Texas Supreme Court remanded the case to the trial court for application of the facts to the new “Texas Rice test”.

On remand, the trial court granted summary judgment that Denbury was a common carrier. The Texas Ninth Court of Appeals ruled that a fact issue existed as to whether Denbury met the Texas Rice Test and reversed the summary judgment. 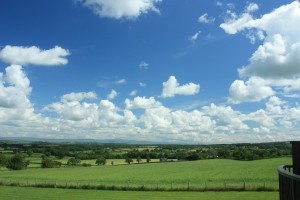 Denbury Files A Petition For Review

Several other groups have filed amicus briefs to the Texas Supreme Court arguing that:

Arguments Against the Petition for Review

Opponents to the review of Denbury Green argue that the Ninth District properly reviewed the evidence of Denbury’s intent, and found insufficient evidence that Denbury intended to sell its future pipeline gas to parties other than itself. Since Denbury only intended to transport its own carbon dioxide gas for its own purposes, Denbury could not be a common carrier under the Texas Rice test. Upholding the Court of Appeals’ application of the Texas Rice test requires pipeline developers claiming common carrier status to have a plan to serve as a common carrier at the outset of development, rather than some point after exercising eminent domain powers to deprive landowners of their property rights. To put this another way, the main contention against review of the Texas Rice test as applied by the Court of Appeals is that pipeline developers should prove common carrier status upfront if they want to exercise eminent domain powers.

In my opinion, the Ninth Court of Appeals correctly applied the Texas Rice test. Eminent domain is a harsh remedy. Society has decided that some pipelines are sufficiently important that they should be allowed to use eminent domain and that view is reflected in Texas law. However, eminent domain should not be used by a pipeline company that “may” become a common carrier pipeline sometime in the future. Private property should not be appropriated for these kind of speculative purposes. In addition, as a practical matter, because pipelines are so expensive to construct, pipeline companies solicit and contract with third parties who will use their pipeline long before the pipeline is actually built. In many cases, the pipeline company’s lender requires this. As a result, asking a pipeline company to demonstrate its common carrier status upfront is not going to be a hardship for them.

I suspect that the Texas Supreme Court will adopt the Court of Appeals opinion, but we shall have to wait for their opinion to find out.