Texas tops the list of most attractive jurisdictions for petroleum exploration and production investment, while Oklahoma leads the world with the most desirable policy environment, according to the annual Global Petroleum Survey compiled by the Fraser Institute.

The survey attempts to provide information about perceptions affecting investment decisions, including those on tax rates, regulatory obligations, uncertainty over environmental and other administrative regulations, as well as concerns regarding political stability and the security of personnel and equipment. These perceptions were assessed via a survey evaluating 157 jurisdictions, and compiled into the Fraser Institute’s Policy Perception Index. 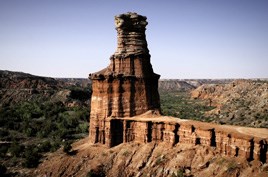 The Global Petroleum Survey is in its seventh year, and the data collected is also used by the Institute to track trends in perception. Perception of barriers to investment have increased in jurisdictions including Colorado and New Mexico, jurisdictions that have seen political subdivisions implement hydraulic fracturing bans in the last year, as well as in California, where there is a growing popular sentiment in favor of a fraccing ban. Several jurisdictions improved their policy perceptions dramatically, including Chile, Jordan, Mali, and Pakistan. In North America, New Brunswick was the most improved jurisdiction.

Considering the trends over the last few years, those of us working in the Texas oil and gas industry are not surprised to see our state fare so well in this petroleum exploration and production investment study.