If you listen to the media and popular culture, carbon dioxide is a dangerous chemical compound that will poison the planet. But as we have seen with the rhetoric surrounding the hot topic issue of hydraulic fracturing for gas and oil wells in Texas and in the United States generally, this perception of carbon dioxide as a poisonous planet killer is way overblown. 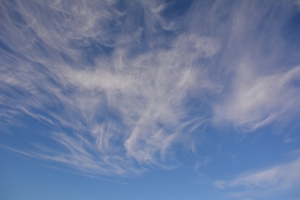 These two scientists are not alone. A paper entitled “Science or Science Fiction? Professionals’ Discursive Construction of Climate Changes” discussed a survey of scientists that reflected broad skepticism that climate change is a man-made or even human-influenced phenomenon. The survey included 1,077 geoscientists and engineers and was published in November 2012 in the peer-reviewed journal Organizational Studies. Almost all of those surveyed, 99.4%, agreed that the climate is changing. However, only 36% believe that this climate change is not normal in nature and that humans are the only or primary cause of the change. The rest believe that either the climate change is a natural cycle and humans have little impact, noting that the climate has shifted greatly in the past–warming to get us out of the Ice Age for example–or that the changing climate is some combination of human impact and also a natural occurrence, with varying opinions about the seriousness of a changing climate to the planet. This survey and the article about it are particularly interesting because it reported the actual opinion of real scientists. These results are hard to dispute as biased.

This research and the scientists’ opinion is important for all of us, especially as it impacts food production and how it can make it more efficient for the world to feed itself. But it is perhaps especially interesting for the oil and gas industry, which has been so maligned by the environmentalists for contributions to higher carbon dioxide levels and thus “global warming.” As with other politicized and hot topic issues, blind trust in media reports and those with the loudest voices does not always lead to an understanding of the facts. In very few places is this as important as where expensive and far-reaching policy decisions are being made based on perceived climate changes.