The United States Supreme Court recently issued an opinion that effects many Texas property and mineral owners. Specifically, the Court decided the case of Marvin M. Brandt Revocable Trust v. United States in an 8 to 1 decision. The Court determined that certain rights-of-way for railroads revert to private property owners following the railroad’s abandonment of the right-of-way easement. The ownership of the easement may carry with it ownership of the mineral estate. Where it does, and when the easement covers many acres, the mineral interests could be very valuable. 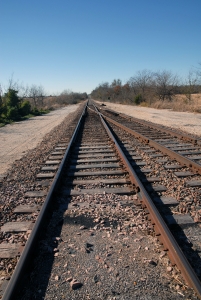 Chief Justice Roberts reversed the lower courts’ rulings. The Supreme Court’s majority opinion found that the right-of-way was terminated at the time of the abandonment, and that the Brandts owned the property. The Court found that the language, legislative history, and subsequent administrative interpretation of the 1875 Act supported this decision. The Court cited Great Northern Railway Co. v. United States, decided in 1942, in support of its decision. In that case, also decided that under the 1875 Act, the U.S. government granted the railroad only an easement, not fee simple title in the easement property, and therefore, the easement disappeared once it was abandoned. The Court found that in the Brandts’ case that the railroad abandoned the easement in 2004 and the government did not have any interest in the land after. Title to the easement property reverted to the Brandt Revocable Trust as the current owners of the land.

Justice Sonia Sotomayor was the only dissenting justice in the case. She stated that there is a judicial precedent for the concept that when Congress granted land to railroad companies, they did not intend to have these land grants end up in private hands. Justice Sotomayor would have decided that, even if this was an easement under the 1875 General Railroad Right-of-Way Act, it was not an ordinary easement and it should have been determined in favor of the United States. Luckily for property owners who have abandoned railroad rights-of-way on their land, Justice Sotomayor’s view did not prevail.