The United States Geological Survey (“USGS”) has just announced the assessment of this country’s largest oil and gas shale deposit located in Texas. You can review a copy of the actual assessment here.  The area where the deposit is located is known as the Wolfcamp shale contains 20 billion barrels of oil and 16 trillion cubic feet of natural gas. That is Almost three times more petroleum than found in North Dakota’s Bakken shale in 2013. As can be seen in the map shown here, this deposit covers a wide swath of West Texas. 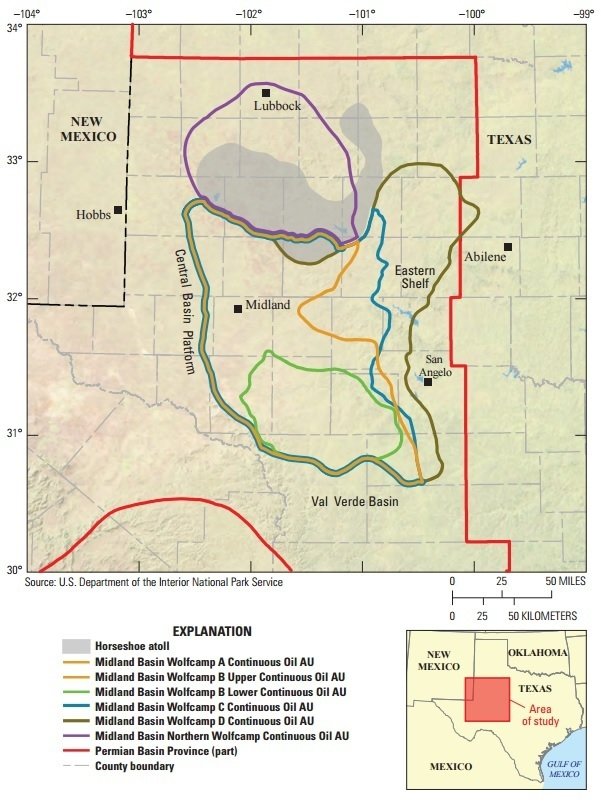 In addition, Apache Corporation recently announced that it has found billions of barrels of oil in West Texast, in an area it has called Alpine High. Apache estimated that this area region holds about 3 billion barrels of oil and 75 trillion cubic feet of natural gas.  Alpine High is located in the Delaware Basin, which is a sub-basin in the southwest corner of the Permian Basin. The Permian itself is mostly located in west Texas, with a small area straddling southeastern New Mexico. as can be seen in the map below, Alpine High  is located to the West of the reserves announced by the USGS. 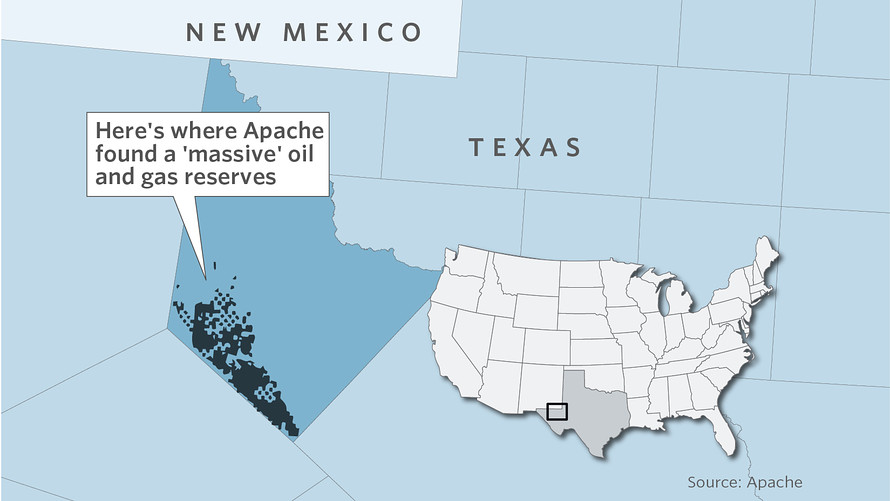