As oil prices have declined to unprecedented lows, consumers may feel glad for lower gasoline prices at the pump. However, the piper always has to be paid, and nowhere more so than in Texas.

As I discussed in a previous post, oil companies have been hit by a number of negative factors, some of their own making.  First, our country was experiencing a substantial oversupply of oil going into the current situation. Many oil companies continued to produce, despite the oversupply, because increased production resulted in higher stock prices which in turn resulted in higher bonus for officers of the oil company. To this extent, some oil companies have brought this situation upon themselves. Secondly, the production war between Russia and Saudi Arabia exacerbated the oversupply and helped drive the price of oil down. Third, as the price of oil declined, the value of individual oil company’s reservoirs declined. In the cases where reserves were used as collateral for loans, the bank would then require either repayment of at least a portion of the loan or new collateral for the loan. Oil companies that cannot comply default and/or file bankruptcy. Fourth, the covid 19 virus creates staffing issues for oil companies, both in their offices and in the field. Fifth, shelter in place orders have resulted in drastically reduced demand for oil and gas. Finally, all of these factors make lenders and investors very nervous and so new money for exploration, production and pipelines is becoming more scarce.

Not surprisingly, all of this has resulted in oil company bankruptcies. So far, since January 2020, several oil companies have filed for bankruptcy protection: Bridgemark Corporation, Southland Royalty Company LLC, Dalf Energy LLC, Sheridan Holding Company I LLC (who are actually an investment fund), Echo Energy Partners I LLC, Whiting Petroleum Company, Victerra Energy LLC, Gavilan Resources LLC, Ultra Petroleum and Sklar Exploration Company LLC. Other companies, including Chesapeake Energy Corporation and Denbury Resources, are reportedly preparing bankruptcy filings. There been some predictions that hundreds of oil companies will file bankruptcy by the end of 2021. 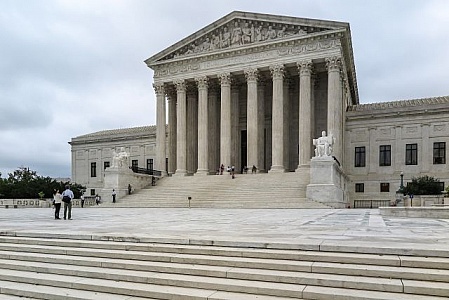 The problem is that the bankruptcy of an oil company doesn’t just affect that company’s officers and employees. Mom-and-pop shareholders who own stock in the company could see the value of their stock plummet or even see their shares eliminated. The millions of people who receive royalties from production by these companies may see their royalties plummet. Equally important is that the ripple effect of an oil company bankruptcy also has a huge impact on the vast network of companies and industries who work with and for the oil industry, such as drillers, rig crews, machine shops, pumpers, etc.

These effects are going to be felt most strongly in Texas. According to the Haynes and Boone LLP Oil Patch Bankruptcy Monitor, the vast majority of oil company bankruptcies in the United State have been in Texas. They also report that over $75 trillion in both secured and unsecured debt is represented by these Texas bankruptcies. That is a lot of money owed to a lot of people. Because secured creditors get paid prior to unsecured creditors in bankruptcy, it is possible that many of the unsecured creditors will never get paid.

These bankruptcies are going to result in incredible hardships for many Texans. So while we may smile at the low prices at the gas station, keep in mind that the real cost of the lower oil prices for individual Texans may far outweigh the short term savings at the pump.