[Neuhoff Oil] does hereby assign, sell and convey unto [Piranha] . . . without warranty or covenant of title, express or implied, subject to the limitations, conditions, reservations and exceptions hereinafter set forth . . . all of [Neuhoff Oil’s] right, title and interest in and to the properties described in Exhibit “A” (the “Properties”)

All oil and gas leases, mineral fee properties or other interests, INSOFAR AND ONLY INSOFAR AS set out in Exhibit A . . . whether said interest consists of leasehold interest, overriding royalty interest, or both . . . . 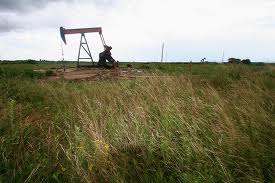 Until 1999, there was only one well completed pursuant to the lease and on the land subject to the lease. Over time, the operator drilled additional wells on the land. At that point, how the assignment was interpreted became critical. The Court stated that “(t)he issue is whether the Assignment conveys Neuhoff Oil’s overriding royalty interest in minerals produced by the well, from the land, or under the lease. In other words, which of the three identifies the “Properties” the Assignment conveys?”

Looking at all the language quoted above, as well as a number of references to the “oil and gas lease” in the assignment, the Court concludes that the assignment unambiguously expressed an intent to convey all of Neuhoff’s overriding royalty interest in the entire lease, and all the land subject to the lease. This case illustrates, once again, the importance of careful drafting. No doubt the parties thought the assignment was clear when they prepared it. However, no one involved in the initial preparation of the assignment apparently considered what would happen if there were multiple wells pursuant to the lease and on the lands subject to the lease. A more precisely worded assignment and exhibit, including perhaps a sentence that said simply “this assignment conveys an overriding royalty interest only in the production from the well identified in Exhibit A and no other well pursuant to the identified lease or on the land subject to the lease” would have eliminated the conflict.