Under Texas law, the Statute of Frauds requires that contracts regarding the sale of lands be in writing. There are some exceptions to this “in writing” requirement, particularly if the buyer has partially performed under the contract. The case of Zaragoza v. Jessen  provides a good reminder of the principles underlying the Statute of Frauds and the partial performance exception.

END_OF_DOCUMENT_TOKEN_TO_BE_REPLACED

In a recent case, FP Stores Inc. v. Tramontina US, Inc., the Houston Court of Appeals provided guidance, for the first time, on what constitutes “bad faith” by a commercial landlord that fails or refuses to return a security deposit.

Facts of the Case

The FP Stores case involved a sublease for commercial premises located in Sugar Land, Texas. The original lease was signed in 2010 for the entire premises. Thereafter, several subleases were signed for various portions of the premises. In this case, the relevant sublessor was FP Stores, the sublessee was Tramontina US, Inc. and the master lessor was ProLogis Texas II, LLC.

END_OF_DOCUMENT_TOKEN_TO_BE_REPLACED

A recent Texas Supreme Court case, Allen-Pieroni v. Pieroni, teaches that the proper measure of damages for a slander of title suit is the difference between the lost contract price on the property and the fair market value when the slanderous cloud on title is removed.

Marc Pieroni was married for 10 years to Bonnie Pieroni. When they divorced, Mr. Pieroni (“Marc”) agreed to pay a total lump sum to the former Mrs. Pieroni (“Bonnie”) of $500,000 in $10,000 increments. Marc never failed to pay and was never in default of his obligations under the divorce decree. Ultimately, Marc paid Bonnie the entire $500,000 by August of 2013.

END_OF_DOCUMENT_TOKEN_TO_BE_REPLACED
The new Tax Cuts and Jobs Act signed into law by President Trump has important implications for Texas home owners. The National Association of Realtors provides a concise summary of the new law on its website, which you can access here. These changes include:

Gain on Sale of a Principal Residence

END_OF_DOCUMENT_TOKEN_TO_BE_REPLACED

Nuisance claims are a bit of a muddled area of Texas law. As Justice Boyd stated in the opinion: “This is a nuisance case, but that does not tell you much. As a legal concept, the word nuisance ‘has meant all things to all people.’ ” Because of the confusion, in a recent case the Texas Supreme Court articulated the standard for a landowner who wants to assert a noise-nuisance claim in Texas. The case is Crosstex North Texas Pipeline L.P. v. Andrew and Shannon Gardiner. In its opinion, the Texas Supreme Court noted that a nuisance is a particular legal injury that occurs where a landowner’s use or enjoyment of their land is interfered with by another party. The party could be a neighbor or an easement holder using the land. Nuisances often take the form of noise, vibrations, overpowering smells and other conditions that impede or inhibit a person from enjoying their property.

In this case, Crosstex North Texas Pipeline obtained an easement from the Gardiners and then built and operated a gas compressor station on the easement on a neighboring property. The compressor station included four diesel engines that were each “bigger than mobile homes.” Witnesses described the sound as similar to a jet engine. At least one of the engines runs continuously all day and night. Crosstex implemented a variety of other sound reduction and mitigation measures to stop the travel of sound, such as building walls around the compressor and planting vegetation around the compressor. However, the Gardiners claimed that the sound level was still unacceptable and that it interfered with the use and enjoyment of their property. The Gardiners sued on a noise nuisance claim. The jury awarded them $2,000,000 for dimunition in value of their ranch because of the compressor station.

The Court confirmed that Texas precedent characterizes a nuisance, not as an invasion of an interest but as a condition that substantially interferes with the use and enjoyment of land by causing

END_OF_DOCUMENT_TOKEN_TO_BE_REPLACED

On November 7, 2017, Texas voters approved SJR 60. You can review the text of the new law here. This law includes several amendments to Article XIV, Section 50 of the Texas Constitution that concern home equity loans. Highlights of the amendments include but are not limited to: 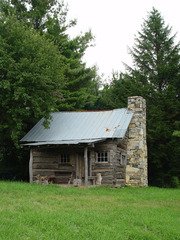 END_OF_DOCUMENT_TOKEN_TO_BE_REPLACED

The Texas Supreme Court recently addressed whether a lender is required to forfeit payment and interest payments made by a borrower when the lender has violated the terms of a home equity loan, and whether this a remedy is a matter of right available under the Texas Constitution or through a breach of contract action.

In the case of Garofolo v. Ocwen Loan Servicing LLC, Ms. Garofolo took out a home equity loan, and repaid the amount she borrowed plus interest in less than five years. Upon repayment, her loan holder, Ocwen Loan Servicing, recorded a release of the lien with Travis County, but failed to provide her with a copy of this release in recordable form, which was required of the lender under the home equity loan agreement.

After Ms. Garofolo notified her lender that they had not provided her with a copy of the lien release, and the lender failed to provide the document for sixty days, Ms. Garofolo sued the lender  seeking forfeiture of all the principal and interest she paid on her home equity loan, claiming this was a constitutional right afforded to her either under the Texas Constitution or because the lender had violated the loan agreement.

END_OF_DOCUMENT_TOKEN_TO_BE_REPLACED

What happens when a Texas family discovers that the home equity loan on their home did not satisfy the constitutional requirements for homestead liens in the Texas Constitution? In the case of Wood v. HSBC Bank, the Wood family took out a home equity loan on their home in 2004. Their loan changed hands a number of times and ended up with HSBC Bank NA. In 2012, the Woods’ notified HSBC that there were defects in the loan that did not comply with the Texas Constitution. HSBC failed to cure the defects. Although it was eight years after closing when the issue was raised, the Woods’ sued HSBC to invalidate the lien on their property securing their loan and for quiet title to the property and forfeiture of all principal and interests payments made on the loan.

The Question For the Texas Supreme Court

The question before the Texas Supreme Court was whether, once the lender declined to cure the defect, was the lien void, or merely voidable. If the lien was void, then the lien was invalid and no statute of limitations applies. On the other hand, if the lien was voidable, then the four-year statute of limitations under Texas Civil Practice and Remedies Code §16.051 applies to the Woods’ case. In other words, because they did not bring suit within four years from the date the loan closed, their claim for quite title and forfeiture of all principal and interests payments made on the loan would be time barred.

END_OF_DOCUMENT_TOKEN_TO_BE_REPLACED

In a case that is probably a recurring nightmare for oil and gas attorneys, the Texas Court of Appeals recently addressed the question of what constitutes a material change to a written agreement involving the purchase of oil and gas leases in the case of Ranger Energy LLC v. Tonya McCabe Trust et al. In 2008, Mark III Energy Holdings purchased eight oil and gas leases from Tomco Energy. Mark III Energy paid for the leases with a $4 million dollar loan from Peoples Bank. However, two of the leases were accidentally left out of the assignment to Mark III Energy from Tomco Energy. The mortgage lien also failed to include the same two leases. In 2011 and 2012, certain trusts purchased overriding royalty interest in these leases. One of the assignments to the trusts also omitted reference to the same two leases.

Mark III Energy defaulted on the loan and Peoples Bank sued. In settlement of that litigation, Mark III conveyed the leases to Peoples Bank in lieu of foreclosure and gave the Bank a modified deed of trust. Later, the Bank discovered that two leases were missing from the mortgage lien and modified deed of trust, so they took it upon themselves to unilaterally file a corrected mortgage and deed of trust which added the missing leases. Neither the Bank nor Mark III Energy signed the revised agreements. Instead the Bank just added the signature pages from the old documents. In 2013, the Bank sold the lien and indebtedness to an affiliate, Ranger Energy, who then proceeded to foreclose on the loan.

Ranger Energy filed suit to extinguish the overriding royalty interest in the eight leases. The litigation centered on the “correction instrument” statute in the Texas Property Code §§ 5.027–.031. Specifically, the Texas Property Code permits “a nonmaterial change that results from a clerical error,” [§5.028(a)], “a nonmaterial change that results from an inadvertent error,” [§ 5.028(a-1)] and in certain cases “a material correction” to a recorded instrument of conveyance. (§5.029). The statute also allows correction of nonmaterial clerical errors by a person who has personal knowledge of the facts relevant to the correction and the kinds of errors that can be corrected include “a legal description prepared in connection with the preparation of the original instrument but inadvertently omitted from the original instrument”.

END_OF_DOCUMENT_TOKEN_TO_BE_REPLACED

In this case, the Texas Supreme Court determined that home rule cities are permitted to enforce their building codes in their extraterritorial jurisdiction, but general law cities, such as Lakewood Village, cannot.

What is a General Law City? 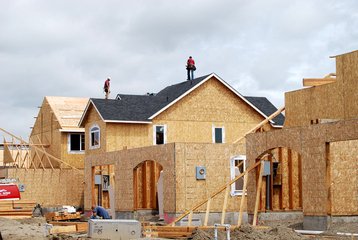