The rights of Texas mineral owners can be complicated, which is why having a Texas oil and gas attorney review your options is important before you sell or lease your mineral rights or before you buy property in which you will own only the surface.

This is where the Texas accommodation doctrine comes in, which is an area of law that is still evolving in Texas. The Texas accommodation doctrine cases hold that, in some cases, the owner of the mineral rights must accommodate the surface owner’s pre-existing surface uses, so long as other means of production or extraction of the minerals are available. It is important to note that this doctrine applies only to the existing surface uses, not possible future uses by the surface owner. 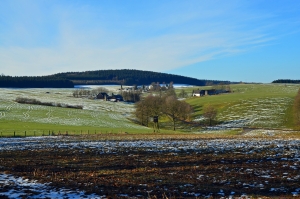 Last year, the Texas Court of Appeals in Waco decided the case of Merriman v. XTO Energy. The case involves Homer Merriman, who bought a 40 acre piece of land in 1996. He only bought the surface, however. XTO Energy owned the minerals beneath Mr. Merriman’s land. The deed Mr. Merriman received when he purchased the property clearly indicated the existence of an easement for “mining, drilling, exploring, operating, and developing” minerals. Mr. Merriman, a pharmacist and cattle rancher, used the land as a sort of home base among the other properties he owned for his cattle business. Once a year he brought all his cattle to this particular piece of land to sort them, using stock panels and electric fences. He testified at the trial that these fixtures are not permanent to the land. XTO contacted him in 2007 about building a well on this property. Mr. Merriman said it would ruin his cattle business and refused. XTO offered him $10,000 in compensation, but Mr. Merriman still refused.

Mr. Merriman then filed suit to request a temporary and permanent injunction to stop XTO from building or keeping a well on his property. The trial court granted XTO’s motion for summary judgment. The Waco Court of Appeals affirmed the trial court’s grant of summary judgment, stating that XTO had not violated the accommodation doctrine. The Court of Appeal’s opinion noted that Mr. Merriman had other reasonable ways to use the surface for agriculture and even other ways to continue to manage his cattle business, none of which were either “impracticable or unreasonable.” The opinion, written by Justice Al Scoggins, states that “Merriman’s current method of working his cattle is preferable and convenient for him; however, the convenience of the surface owner is not the sole issue.”

The end of the story in this case for Mr. Merriman and XTO Energy remains to be seen. The Texas Supreme Court heard oral argument in this case on February 5, 2013. To date, an opinion on the case has not been rendered. It will be interesting to see if the Texas Supreme Court agrees with the lower courts and if the Justices further develop the accommodation doctrine in Texas, perhaps with further limitations for surface owners who believe their surface uses have been infringed upon by the mineral owner.