The University of Texas at Austin’s Bureau of Economic Geology recently released a new study, entitled the Sloan Foundation Shale Gas Assessment Study, funded by the Alfred P. Sloan Foundation, predicting a reliable, although decreasing, supply of natural gas from the Barnett shale until 2030. Barnett shale is the country’s second most productive shale formation.

This new study is believed to be the most thorough yet on the topic of natural gas production in the Barnett shale, and it predicts a total recovery of over three times cumulative production to date. The study integrated engineering, geology, and economics to do scenario testing. The testers studied the actual data produced from 16,000 wells in the play until 2011. Most other studies of Barnett took a “top down” approach, relying on aggregate views of average production. This study, in contrast, took a “bottom up” approach by studying the production history of every well as well as those areas that remained to be drilled in the future, which they believe yielded a more accurate model. The researchers increased the accuracy of the study by identifying and assessing the production in ten different quality tiers and using that information to predict future production even more accurately. Their new method of estimating production for each well was integral and will contribute to future forecasting of production declines in shale natural gas wells. One of the investigators on the project, Svetlana Ikonnikova, an energy economist at the Bureau, said, “We have created a very dynamic and granular model that accounts for the key geologic, engineering and economic parameters, and this adds significant rigor to the forecasts.” 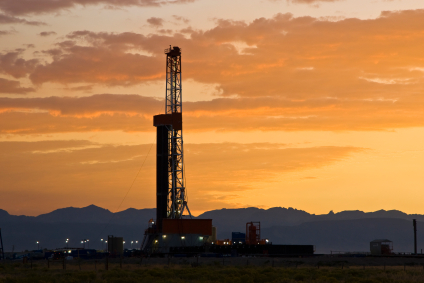 The study also demonstrated the correlation between gas prices and production. It noted that in the early years of drilling, the correlation is weak because it is not very expensive to drill in better quality rock areas, making it efficient even when the prices are low. In later years, when the natural gas is harder and more expensive to retrieve, price becomes the dominant factor.

This paper has already received professional peer review during the research process, but the Bureau of Economic Geology also invited an independent peer review panel, composed of members of government, industry, and academia, to review the study before submitting it to journals. They hosted an “open day” where 100 such experts gave feedback on the project. In special sessions, two of the largest producers in the Barnett shale, Devon Energy and ExxonMobil, gave critical feedback on the methods used by the researchers. Further studies of other shale areas are already in the works. By the end of 2013, the Bureau expects to complete assessments of the Marcellus, the Haynesville, and the Fayetteville shales. Scott Tinker, another investigator in the study and the director of the Bureau, compared the impact of shale gas, especially through unconventional drilling, to the tremendous increase in oil production due to deep-water exploration and drilling in the past decades. The news about the continuing impact of shale gas on the nation’s energy future is definitely more welcome news.