The reaction to the death of Venezuelan strongman Hugo Chavez has varied around the world. His antagonism towards the US was well known and vocal. But now that he is gone, the oil and gas industry is curious about what will happen to Petroleos de Venezuela SA (PDVSA), the Venezuelan national oil company, which controls most of the country’s substantial oil and gas resources.

Since Chavez was elected, only two multinational oil companies remained in Venezuela, Chevron and Repsol SA. So the future of PDVSA is crucial not only to Venezuela, but to the world oil market, since Venezuela is a leading oil producing nation. 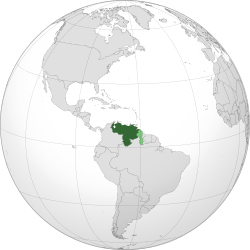 Chavez based much of his popularity on handouts during his 14 years in power. A lot of the money he used for these handouts came from Venezuela’s oil wealth, to the detriment of proper management and maintenance at PDVSA. Since Chavez came to power in 1999, PDVSA’s output has declined by 600,000 barrels per day. The refineries are only working at 60% of capacity. The company employed 30,000 workers in 1999, but currently employees only 115,000. PDVSA has had to rely on Chinese financial support, especially since the company is $85 billion in debt, but even the Chinese show signs of weariness at the mismanagement at PDVSA.

A founding member of the PDVSA board, Gustavo Coronel (see his blog on Venezuelan issues here), has been quoted as saying that PDVSA cannot be saved. He told the US Energy Security Council that “PDVSA is very badly managed, very corrupt, and has deviated into a company that builds houses, manages livestock, and does other activities that have nothing to do with oil and gas.” He admits that it will be a very hard sell for Venezuelans, because many favor keeping the oil company nationalized. Chavez’ successor, Nicolas Maduro, is as bad as Chavez–he does not understand how PDVSA works or why it is failing to operate as it should. He is committed to maintaining Chavez’s socialist agenda and the handouts it generates.

Unfortunately, after the elections in April, 2013, it appears that Maduro is going to remain in office. Maduro’s challenger, the man who challenged Chavez in the last election, was Henrique Capriles. Mr. Coronel believed that this opposition leader would almost certainly change course on PDVSA. He believed that Capriles would bring back the private oil companies and institute a more professional approach. Coronel said, “A new government with a different approach should bring international oil companies back and mop up development of this heavy oil as soon as possible, particularly with the shale oil and gas boom in the US, Mexico, and Argentina which is making Venezuela less and less relevant.”

Mr. Coronel described a model that could be accepted by Venezuelans but would be more efficient. He suggested something based on the model used in Brazil, saying there could be “an oil regulating agency that controls a mixture of concessions and production sharing contracts through a small, moderately sized Venezuelan national oil company-certainly not the monster we have now.”

Unfortunately, with the election of Maduro, energy production in Venezuela will probably continue its downward slide. All the more reason for us to make the best use of American oil and gas resources. I can’t help thinking that the results of so many handouts in Venezuela serve as a lesson for the United States as well.

The Problem with Duplicate Fracing Regulations